Karen Fahy
Honestly I don’t know where to START! This was my first year to ever help at a Youth 2000 retreat and words truly fail me to express at how amazing the experience was.

When I was asked to help out, I had initially said “Ya, sure why not?” I had nothing to lose, but little did I know how much I had to gain! I was both nervous and excited at the idea of helping out, but really didn’t know what to expect. I didn’t know these people very well and here I was going to spend a whole week with them setting up for a retreat, which I thought we would have done by the Tuesday latest. Like really, what was there to do? Blow up a few beds and set up an altar! Simple really! Little did I appreciate all the work that goes into setting up such a big event. I had only ever been to one Summer Festival before and still felt very new to Youth 2000.

But what a week I ended up having!! We worked non-stop, yet every single moment was enjoyed. Hundreds of beds were blown up and although it initially seemed to me that it would be simple to decide who sleeps where, most of our weekend involved planning which areas were boys and which were girls, where did we put the under 18s and what was left for the over 18s. This plan seemed to change every time we checked registration as the numbers went up by the hour. There were a number of stages when we thought there won’t be enough room for everyone! But thank God we managed to shuffle rooms and everyone had a bed in the end. I ended up in charge of the signage for the week. It was not as easy as it sounds trying to direct people around such a big school, while remembering boys can’t go this way and girls can’t come that way. I was still running around with signs and bluetack as people started arriving!

Among all the chaos thought, we made time for prayer and rest. We started every morning with Mass followed by a good breakfast. We meet for each meal throughout the day and took the time to get to know each other, as well as enjoy the culinary masterpieces that were dished up to us. These were possibly my favourite times of the day as we really were a family in every sense of the word! My fear of not fitting in or not enjoying myself had long disappeared. It was so exciting to watch our little family grow from four on Saturday night to the hundreds that arrived on Thursday evening!

As for the retreat itself, that was just so amazing! It was so lovely to watch people enjoy themselves knowing you had helped make it possible for them to be there. I also was part of Under 18’s ministry and can I just say ye guys were brilliant! The energy I received from singing and dancing with the under 18’s was extraordinary! I learnt more from the 8 girls I was guardian to than I have in any of my theology lectures so far this semester. But the highlight of my weekend was being able to run around shouting ‘Jesus’ and getting the response ‘Squeeze Us” from whoever was passing. Where else in the world would that be even possible! We honestly should have had no energy left after the work we had already put in, yet somehow we felt like five year olds hyped up on too much sugar! What was even better was standing in front of the packed Main Hall on the Sunday and everyone joining in on the chant “I want you to be…” “HAPPY” “always…” “HAPPY” “in the…” “LORD!” We had been messing when we made the weekend theme into a chant, yet in a couple of hours if anyone heard you start the sentence they immediately knew the response. You cannot imagine the feeling you got when someone, although many thought we had lost our minds, responded with a massive smile! It felt like being part of the best community ever and the love for everyone was unreal!

There is no other place that I know of that invites young people to come just as they are and just meet Jesus! Words cannot describe how precious those encounters truly are and we often take it for granted, but to have been part of something this amazing and knowing how it changed my life, I can only pray and hope that by the little help I gave to make the retreat possible, I gave someone the opportunity to meet Jesus and change their life for a life with Him! #PBJC #NowandForever #Alleluia

Karen Fahy is from Loughrea, has a degree in Chemistry and is currently doing a Theology course part time.

Man Kong Choi
As part of the Youth 2000 Summer Festival, I was honoured to have been a member of the set up team. On the 9th August, Thomas McGrath and I began on our journey to the festival with his van and trailer loaded with equipment needed for set up. Having unloaded the van and trailer, we headed for Clonmacnois to meet the first lorry, which was promptly loaded with timber to build the stage, electrical equipment for the canteen marquee, fridges and freezers, pots, pans, and any other necessary items. Having unloaded everything that came from Clonmacnois in the 2 lorries and the van and trailer, we finished the day with a game of Cluedo once the girls arrived.

On Sunday, the four of us had an unusual breakfast after Mass consisting of spaghetti bolognaise, garlic bread and free wifi which had to be my highlight! We paid a visit to the ruins in Clonmacnois and to an empty but famous field where previous summer festivals have taken place. We collected the last of the equipment and headed back to the site ready for the work to commence!

On Monday morning, the construction of the canteen marquee started along with the rest of the work. Our numbers steadily increased as the week progressed. Everything ran smoothly and it wasn’t long before you could see everything coming together. It was such a rewarding and positive experience to live and work in community, giving ourselves freely to the Lord. Everyone worked well together and we had a lot of craic. Many laughs were had over amazing yummy food, which included: homemade soup, homemade apple crumble, a good hearty breakfast each morning and not forgetting the delightful blueberry cheesecake, all freshly prepared by the awesome volunteer chef Sam who made sure we were all well fed.

By the Thursday, all the tireless work and efforts of the set up team had paid off. Last minute checks were completed to ensure nothing had been left out or missed. Then it was boom!! Several bus loads of people started to arrive for the festival.

4 days of inspiring talks, music, masses, workshops, games, chilling out, meeting new people and building friendships all made the hard work, dedication, effort and lack of sleep for the set up team worthwhile. On the Thursday night as the festival began, I was in the Main Hall and was overwhelmed that I had been a part of such a life changing and loving community that helped build the festival. I couldn’t believe what had been accomplished and achieved by all involved. Seeing the crowd in the Main Hall was a blessing and I felt privileged to have helped give an opportunity to these young people to spend time together and grow in their faith.

Sadly though, all good things must come to an end. And like most festivals, the big clean up and take down had to be done. However, I could not have asked for a better 10 days. It was a most enjoyable and rewarding experience. With this, I’ll end by saying bring on the next one…. I cannot wait!!

Man Kong Choi is living in Belfast and is a qualified youth worker for Youth Action NI. 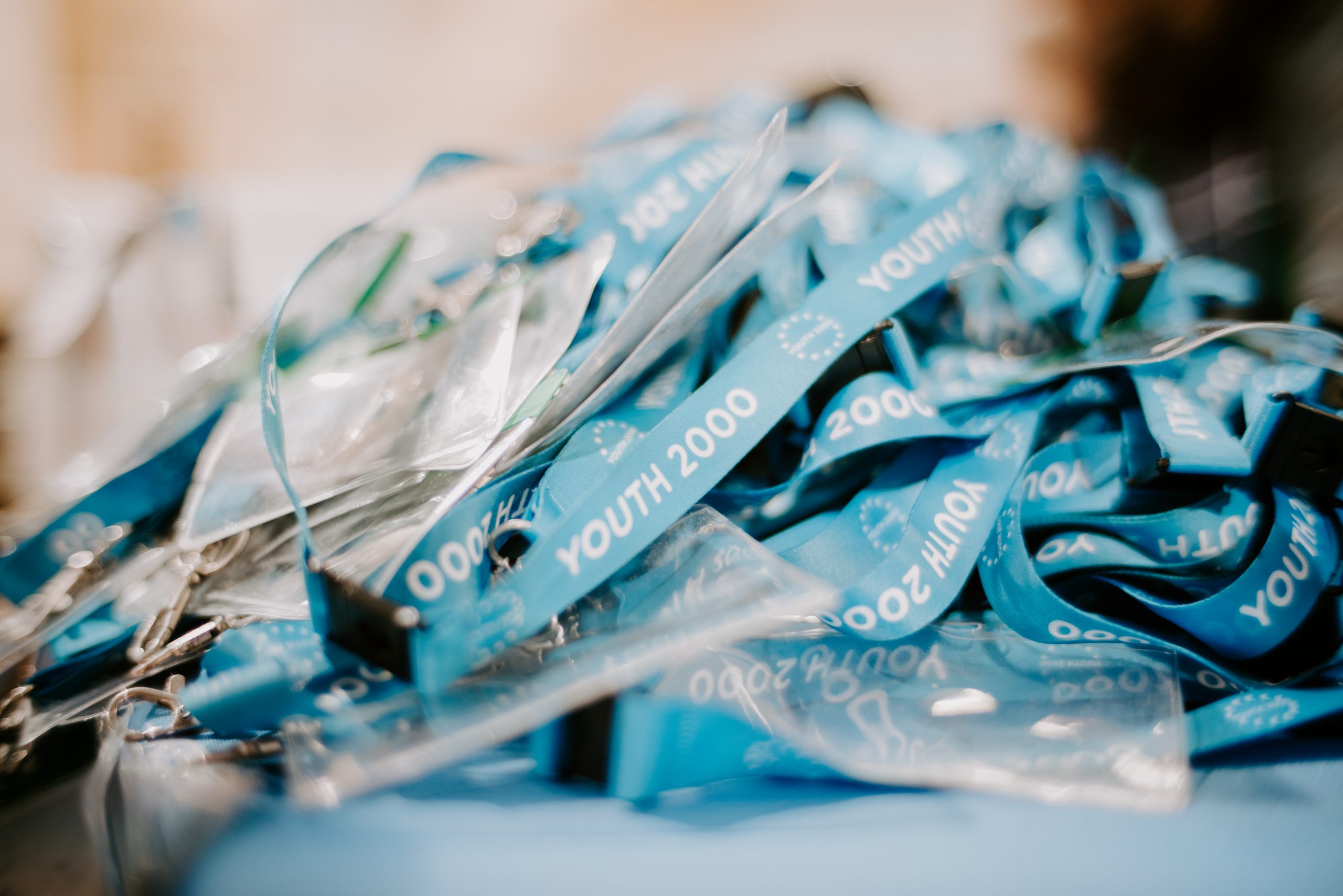